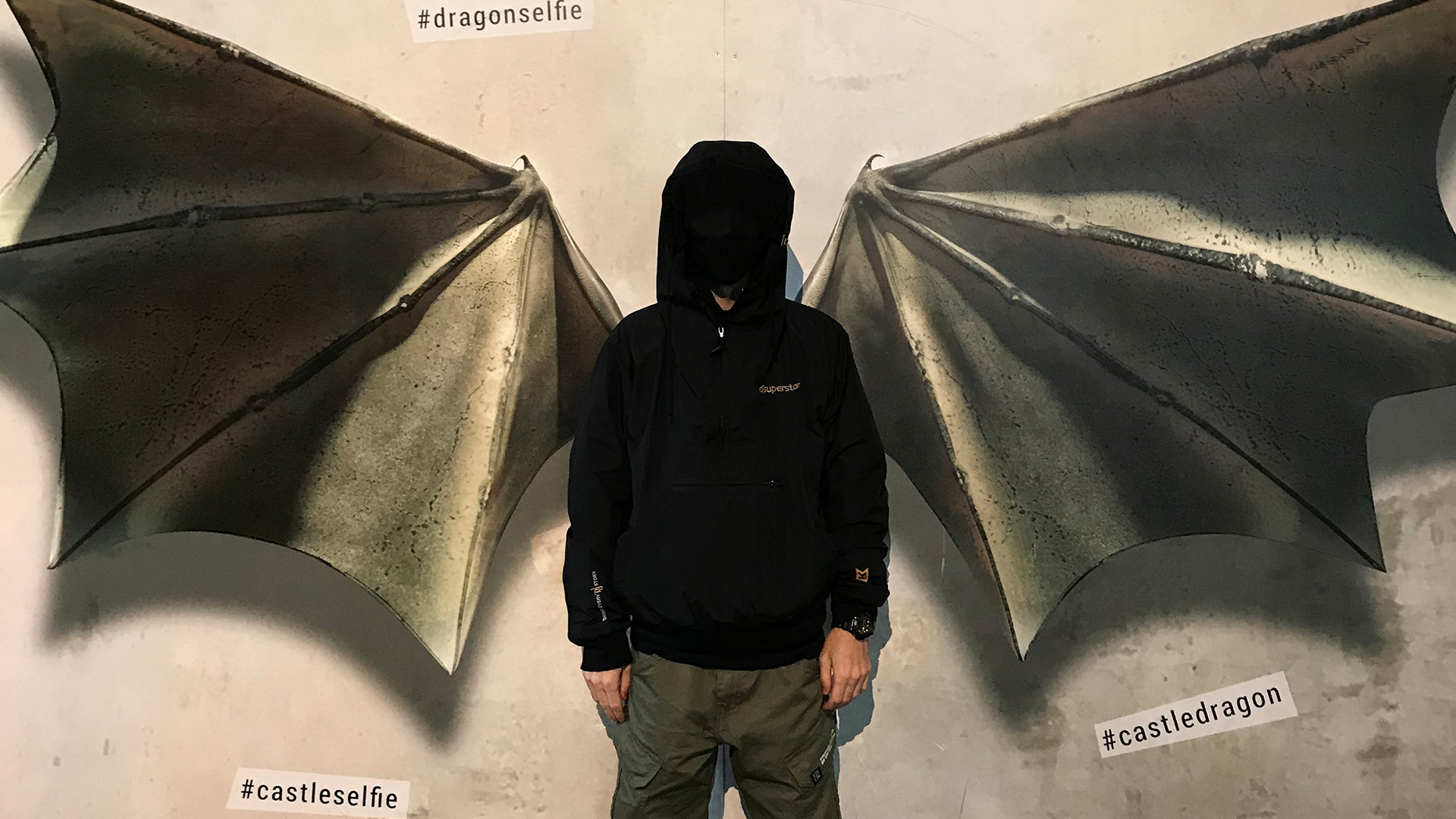 [BEHIND THE BEATS] Jazzy Jeff and The Technical Squad

I look up to a lot of DJs from all over the world, but there is one in particular that can make me dance no matter what.

Let’s take it back to the old school.

The first encounter that I had with hip-hop music was when my father bought me a cassette tape called “The Master Of Rap”. I had never heard something like that, those fat beats and the rhymes, the metaphors. Man, I get the chills only when I think about that moment. The tape was full of hip-hop anthems like Ice Cube – Check Yo Self,  Wreckx-n-Effect – Rump Shaker, Arrested Development – People Every Day and many more. But only of those got me dancing, and that my friends was DJ Jazzy Jeff & The Fresh Prince – SummerTime.

Years passed by and I got into DJing; turntablism to be more exact. Turntablism is for DJs what rally car driving is for normal drivers. I started to learn a lot of techniques and I have discovered one called “Chirps” (because it sounds like bird chirp). Each technique was invented by a particular DJ and the “Chirp” was invented by none other than Jazzy Jeff.

Ohh, this name again, this was the one that got me dancing 10 years ago, ha?

More years passed by and I got more into mixing, less into scratching. Mixing is an art, no matter the genre. Hip-hop mixing is out of this world when it is done right and that is because you don’t have a lot at hand; repetitive beats, rhymes and no clean instrumental most of the time. I started looking more into DJs that were mixing, that were telling stories with their hands, that were making people dance. And the same name kept on popping. Jazzy Jeff.

My first Jazzy Jeff mix was Hip Hop Forever. Man, I was hooked. 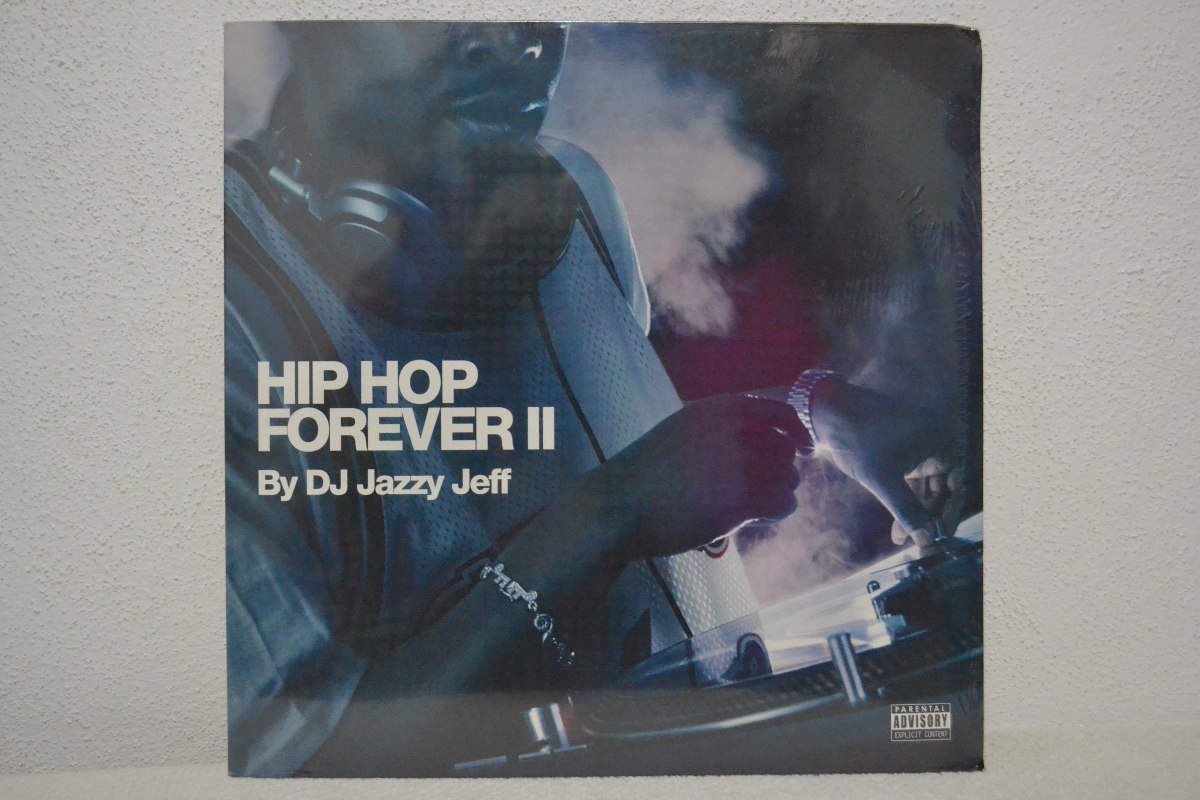 Let’s fast forward to the present.

I got an email from Robert telling me to get ready for a trip to Slovenia, and then Macedonia, cause we have to bring 2 Rane Twelves for Jazzy Jeff.

Jazzy Jeff? Are you kidding me? I don’t feel ready for this.

We got everything planned pretty fast, and we got to Ljubljana on October 19th, after we spent 7 hours in Istanbul. Two more hours and I would’ve learned to say my name and age in Turk. Ljubljana just got into my top 5 cities where I could spend the rest of my life. The city is beautiful; with spacey roads, the people on the street that are smiling at you and are very fluent in English. The second day was the show day. We got to the venue – Cirkus Club – for the soundcheck and met Dj Zimmie. And lemme tell ya, he is one hell of a DJ. That soundcheck sounded to me like a pre-party. Still no dancing tho. 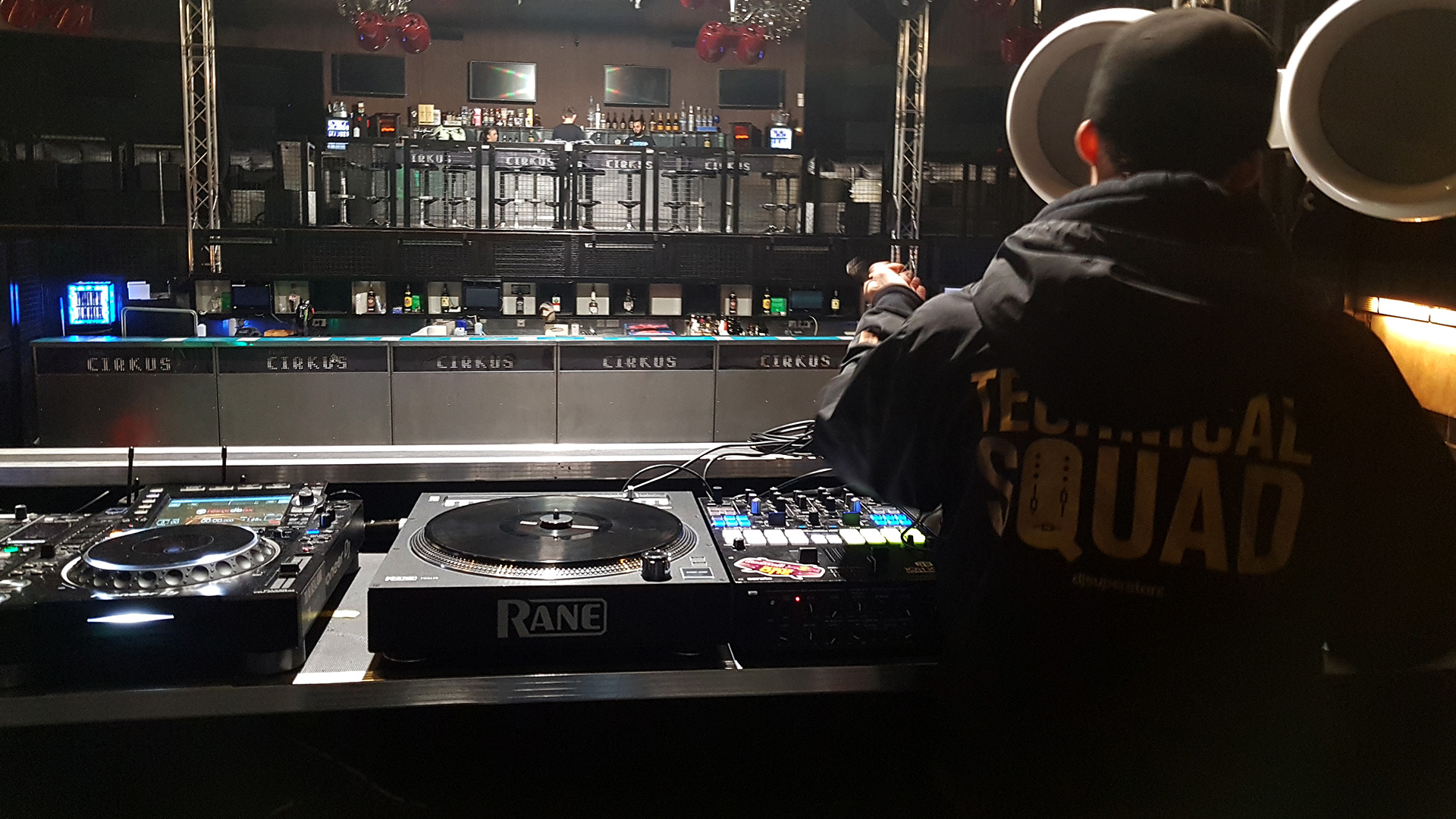 The show was amazing, even tho I knew a big part of the show from the internet, to be there and experience everything on the spot… I had to pinch myself from time to time. After 2 and a half hours of beats, rhymes, drops, brakes, and scratches, The Magnificent called it a day or a night. I had a big trouble getting myself to stay put and not show off my 90s dancing moves, but there were some moments when I lost it.

Sunday morning, after 3 hours of sleep, we had to get our fragile danced out bodies to the airport for the Skopje flight.

We got to the airport and our flight got canceled. It was 7 am, and the next one was at 9 pm, through Belgrade. The guy at the Adria front office was like 190 years old and after 30 minutes of me talking and him saying “yes, yes” we got a grey Mercedes shuttle to a 5 stars hotel nearby. The shuttle was not a Mercedes for sure. It was grey tho, and the 5 stars hotel only had a family bed and breakfast included. I have to post some pictures so you can understand the struggle :)). They had like 1000 painting all over the place, all sorts of statues of saints and clowns, and there was no food menu. If you want to eat, they just bring you what they have and that’s it. Fun, fun, fun! 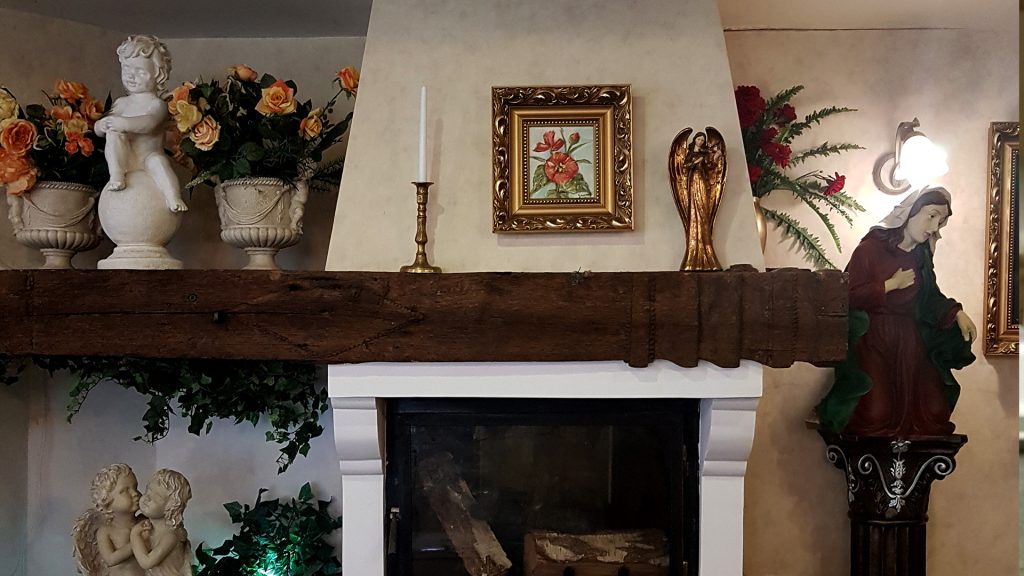 We arrived in Skopje at around 2 am.All words were written in Cyrillic, and the hotel was, in fact, a hostel (my mistake there). The room was so small that we had to sleep with the bags on the bed. The good part was that the club was downstairs. MKC is the name of the club; pronounced M K TZE. Skopje has also made it in my top 5 cities I won’t visit ever again. I’m overreacting. It is not such a bad place. Plus, they have like 1 million statues all over the city and living there is cheap. So, if you plan on visiting, with only 500 euros you’ll be a king.

Back to the reason we got to Skopje in the first place: Jazzy Jeff, Dayne Jordan, Rhymefest, Steve, Cris, and DJ Zimmie. By now, we were exchanging DMs and texts. Their plane was canceled too, and I believe it was the same one. It got returned to Kosovo. We have left the hostel and moved to the same hotel where Jeff and the guys were at. Stalker much?

This time, the whole concept of the party was indeed revolving around Jeff. It was a hip-hop night for hip-hop heads, with a lot of local and international DJs that played hip-hop only. I discovered another side of Jeff. In Ljubljana, he played a lot of mainstream tunes because the crowd was mainly composed out of normal people. But in Skopje…ohh, man. I felt like a teenager again. He played longer. DJs do that only when they really love the crowd and the place. Rhymefest did like 30 minutes of freestyle, “of the top”, Dayne wouldn’t stop rhyming, Steve and Zimmie danced more than I did. I haven’t been to a show like this since 2008. This is a post about Jeff, so I won’t get into my Molemen days and talk endlessly about Rhymefest, Vakill, Eddie Ill and D.L., 7L and Esoteric and Chicago City Limits.

Diana, our Business Manager and my companion for the trip, managed to take an interview with Jeff, Dayne, and Rhymefest. Cris helped us out with shooting the video, thanks man!

I hope my next encounter with them will be in Romania, maybe Electric Castle-  Booha Stage? Untold – Alchemy? Neversea – The Ark?

PS: Ohh yeah, you can hate me for the awesome job that i have :).