[MEET THE ARTIST] The avant-garde of Cesar Merveille

An interview is more than just a set of questions that you address to someone. It’s like a journey inside one’s mind and soul. I had the pleasure of doing my first interview with Cesar Merveille, an electronic music artist and DJ who is always experimenting. His own imprint, Roche Madame has made quite a debut in the electronic music scene, focusing more on creativity and has already released artists like Herck, Arapu, and Kamran Sadeghi. Within his production and mixing, you can easily find a new and different taste that is quite intriguing. An avant-garde, I might say. One man, through music. Hello, Cesar and thank you for having me! I want to start by asking how did you got involved in electronic music and why keep doing it after so much time?

I discovered electronic music via my friends from Circus Company in early 2000. I was more into hip-hop and not that much into house and techno at the time. I became fascinated by extremely minimal music like Ultrakurt, Telegraph, Perlon, Dan Bell, Ricardo, etc. My taste has constantly evolved and I have a variety of projects and styles that keep my interest in music fresh. If I was to get bored with it I would do something else (but I don’t see that happening soon, haha)”

Can you talk a bit about your first release?

My first release was in 2003 under the name 16 on Circus Company VA 005, alongside Cabanne, Mosa, and Dave Aju. My friend Kean had given me Propellerheads Reason and Digital Performer. We sampled some bits and pieces from A Tribe Called Quest, went to their studio, added some MS-20 and a Virus bass sound. He was basically showing me how to use all the software and hardware and called me a few days later saying “I have good news and bad news: Good news is we are going to release the track but the bad news is that we have to finish it this week!

What are your main influences regarding your approach to music production? Where do you get your ideas from?

Everywhere! It could be from music from friends, or from non-electronic music that I collect. When I travel I listen to non-techno stuff like jazz, classical, ambient or experimental and I keep notes of sounds or different ways of composing and arranging. If I get stuck I will listen to anything for a while and look for something that speaks to me 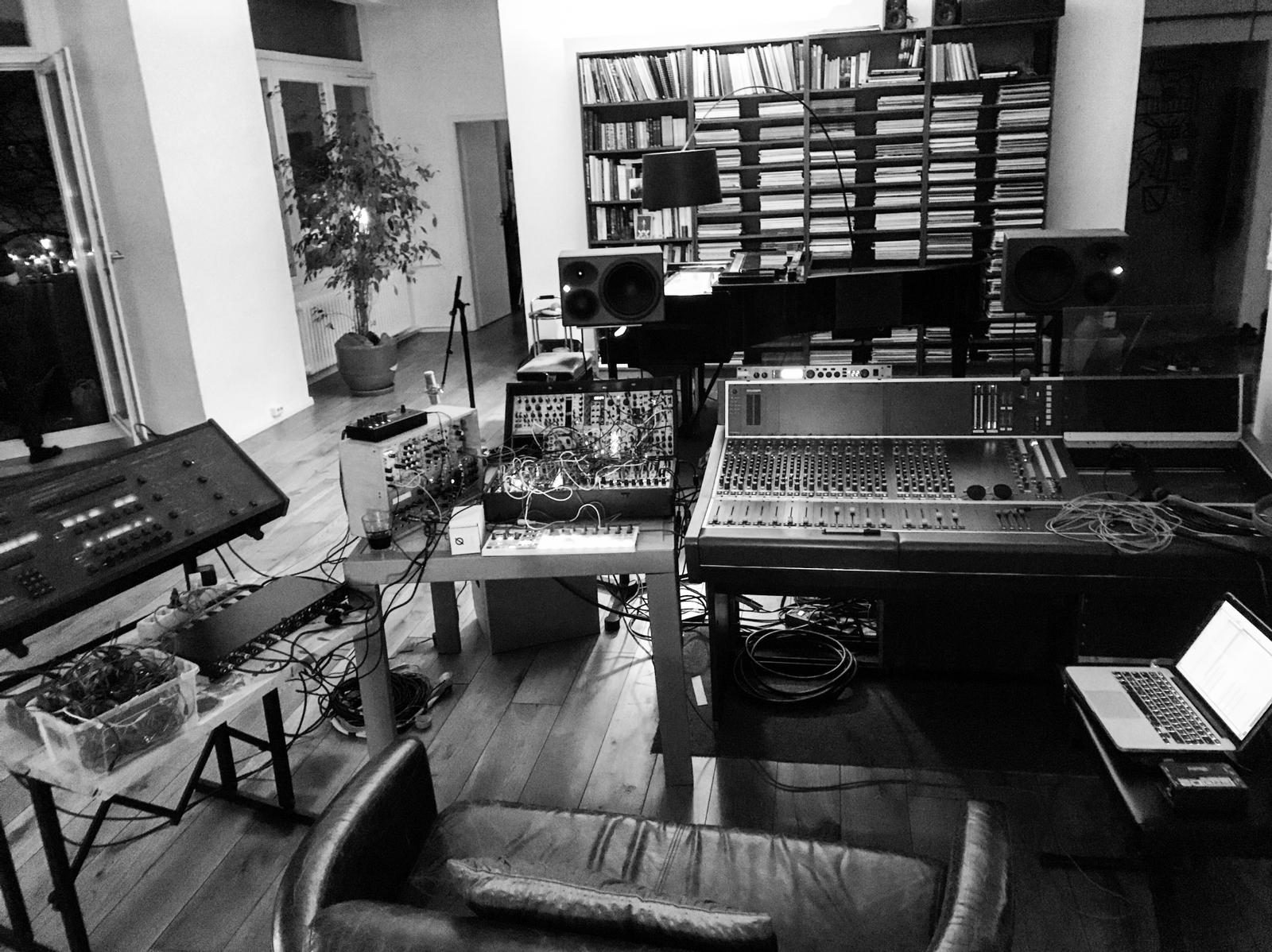 “Music genres have been blending so much one in with another it has become so difficult to define them. I prefer to keep it evasive in order not to restrict the music itself.” 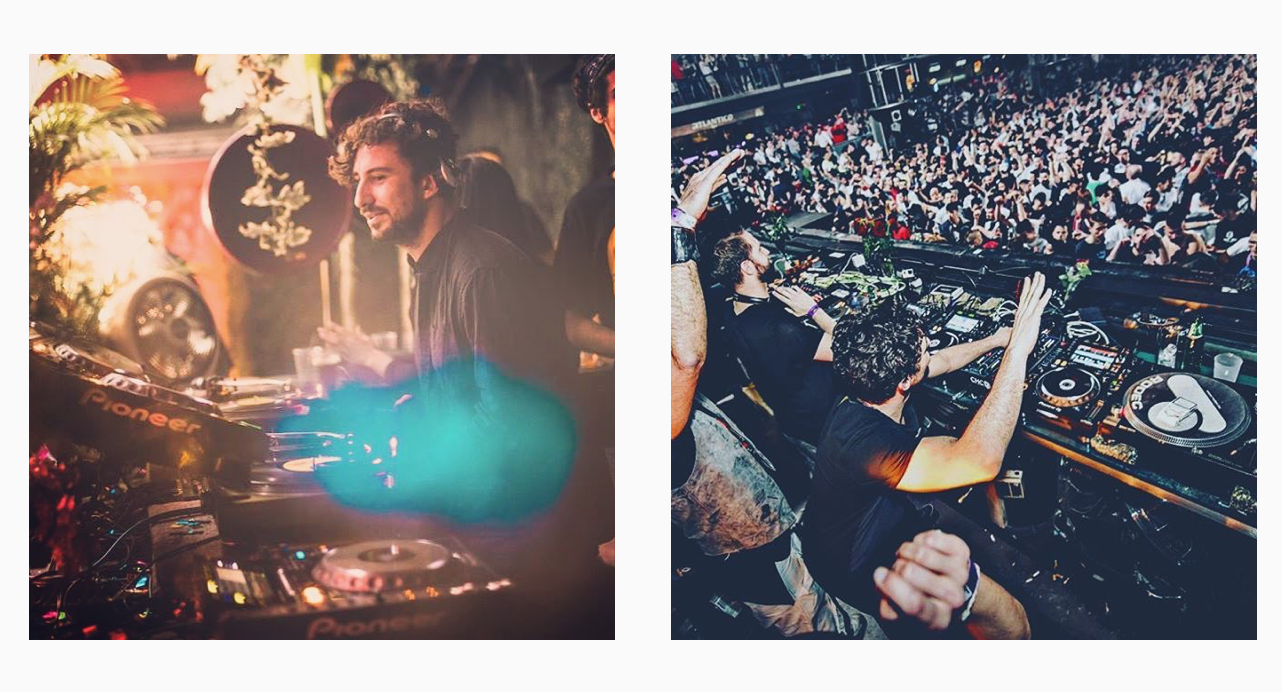 Cesar goes in-depth about the differences between making music in a fully analog environment as opposed to digital. He prefers analog gear even though it takes a lot longer to learn, it’s expensive, and often difficult to troubleshoot.

It keeps me entertained, the sound is not always the same, and I love it for that. Diving a step deeper in modular can help you create more unique sounds and shape the way your music resonates. Having said that, there’s also a ton of music producers who use just a laptop and make incredible and beautifully sounding music. Choose what works for you!

Also, I always loved working with musicians. My first experiences started with Ryan Crosson as Merveille & Crosson. We recorded two albums on which we collaborated with pianists, bass players, a quartet of saxophones, trumpet, and drummers to name a few. This project led me to start my own band Midiminuit.

We have already recorded 2 albums and a few EP’s that will start to see the light in September, this year. Working with musicians helps me focus exclusively on the modular and the interaction is an enriching process that’s a fresh change from composing alone in a studio.

I was always fascinated by how trends come and go. Certain people will always be there to affirm that they know what good and bad music is. Still, if we are to go back and look at the origins, we’ll find that music is a ritual, a celebration of life rather than a product that we ought to market and sell.

Is there such thing as bad music or it will always be subjective like any other art form?

Music is subjective. A certain person will like this or that and a certain group of people will agree on this or that but who can say that this genre or this track is ultimately better than another? A group of people can define a certain style and aesthetic and within this, they can discuss what they like better but that’s still subjective to the rest. I also believe that taste is defined by knowledge, and the more knowledge you have the better you have an understanding of music. This helps you to show people why you think that a particular track or artist is more important than another in your eyes.

Experiment for me it’s simply about trying new ways where there’s no initial hypothesis but the idea to do something in a different way.

How did you perceive the evolution of the electronic music scene since your first parties as a DJ and why did you choose to live in Berlin?

I have a feeling that the parties were a bit wilder in the beginning, hehe. I was living in London at the time and London was quite the party back then. After 10 years it was time to move on. Going back to Paris was not an option. I have so many friends here, the music scene was so exciting, it seemed like the most natural choice.

Where is your favorite place to play music and why? Do you prefer large crowds and festivals or a more intimate and cozy atmosphere?

I love both intimate crowds and big clubs but I think it’s about finding the balance. CDV would be one my favorite place in the world, the sound is only good in the booth and tiny dancefloor but the proximity and level of music that people expect are amazing. The bigger the event the more the quality of music seems to degenerate, but it’s also fun to play in front of a huge crowd. It’s a different kind of energy and I collect music for both situations so it’s nice to have the opportunity to try it where it fits.

What are the most important things that you care about before a gig?

First and foremost my music! I make a playlist for each show because it’s important that I can find the right track at the right moment. It’s not prepared at all but organized.

If I can, sleep, haha! I didn’t care much for it before but sometimes 4h of sleep can be a savior and improve your mood and set, especially as you get closer to 40.

Logistics must be properly taken care of. That’s a must when I travel a lot. Online check-in, all the contacts, and info I need. It’s really a pain to arrive somewhere having had problems on the road that could have been avoided.

I also like to have books and albums of non-techno music.

Do you feel like the global scene is going towards saturation or there will always be room for more?I think there’s always room for more, even though the democratization of production and distribution has flooded the market, it also gave a voice to incredible talents who might not have had the opportunity to do so in a different context. It forces us to raise the bar and find new ways of presenting good music.

In the end, I’d like to know how did your own imprint, Roche Madame, happened and what plans do you have regarding the label in the near-future?

Over the years the way that I produced music evolved and I wanted to reflect that through this label. I also wanted to start supporting younger artists and friends through a fresh project. In addition to Roche Madame, I also started 2 sub-labels, Roche Noire and Roche Edits.

Watch out for imminent releases!