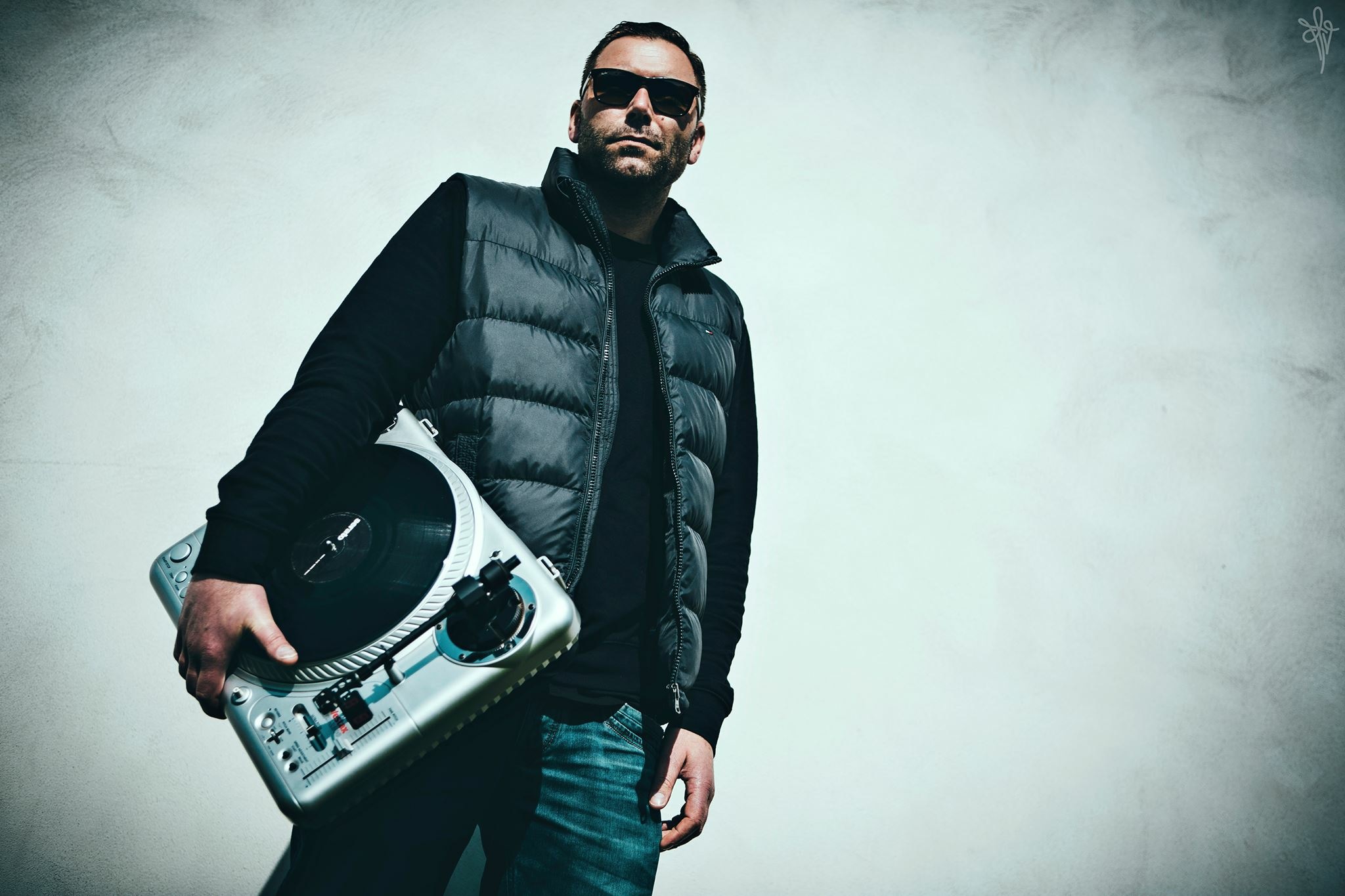 DJ DNS has been crowned three times winner of the Dutch DMC Championships and other DJ battles such as Turntablized and the ITF Beat-Juggle Championships. He represented The Netherlands several times during the DMC World Championships, solo (Supremacy) and with famed DJ crew ‘SL Trooperz’. In 2012 he became Holland’s national ”Red Bull Thre3style” Champion and performed on the World Finals in Chicago later that year. After 20 years of playing, performing and producing, DJ DNS has extensive experience in all possible aspects of DJing. We have had the chance to catch up with him during his visit in Bucharest, and found out what’s it like for Dennis Bruijn be a DJ, a teacher and a mentor.

He had discovered the art of DJing at just 13 years old when he came across a video of DMC. At that time I was already listening to a lot of music and there was this place in my hometown where people would come to dance and see concerts (bands/hip-hop acts). I was actually still too young to go there, but a friend of mine had a sister who worked there and she would let us in. 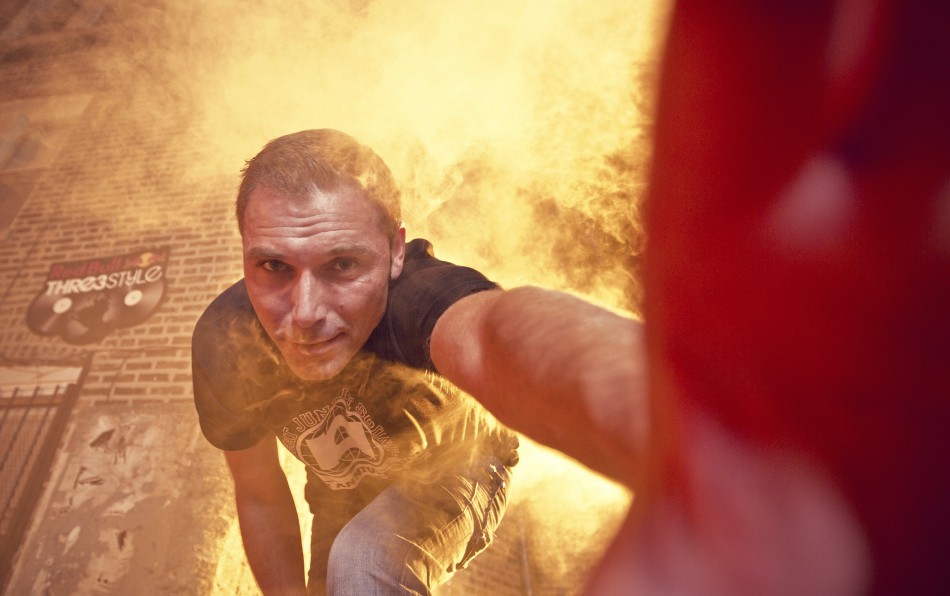 It was the moment that triggered everything: ‘That was the first time I could see DJs playing live; all the performance, the DJ tricks. From there, it started to grow more and more, so I “stole” my first turntable from my parents to experiment with scratching. Then, I took on jobs to buy a complete set and started to play in small local venues’.

He enrolled in different local DJ Battles like I.T.F. & DMC, and he even joined Turntablized in Amsterdam, one of the biggest competitions in The Netherlands. My first year in that competition represented a funny and nice experience, but I started to understand more about battling and become even more interested into it. I came out in the second place for two years in a row, and only after I had the chance to win. That triggered me to practice, practice and practice even more. Furthermore, I’ve also had the opportunity to experience the World Finals (3x) as solo and with my DJ Crew „The SL Trooperz”.

From being a DJ that plays at different gigs, to being a teacher at certain music schools or giving private lessons, Dennis is one of the most dedicated artists I have ever met. So, I was really curious to find out if he still has time to listen to other kinds of music and keep up with the new stuff:

Hip-hop will always be a straight line in my music, but I like a lot of other genres, from old to new songs. Sometimes I do some easy listening to easy stuff like reggae, jazz, R&B, disco and sometimes the harder stuff like hip-hop, bass, beats, etc. It depends on what kind of vibe I’m having and where I’m at. I don’t have the time to check out all the new releases; I mean there’s so much nowadays. But there are some dope record pools and music is all around me, so I’m trying to find the best of all genres. You will also hear that in my DJ sets, I mean it’s a lot of extra fun and it’s always easy to connect because music is universal.

Oh, every week is different for me. That’s one of the things I most like about being a DJ. I do a lot of DJing/music teaching at schools, companies, theatres during the week. I go to different places in the Netherlands, so it means that I sometimes have to get up early to hit the road to another city. Once or twice per week, I am booked with teaching certain groups or professionals. Then, there’s the weekend and I always have an event on Thursday, Friday or/and Saturday night.

I think we all have some sort of an idol. Do you have a favorite artist/DJ?

Of course! My idols are the people that inspired me throughout the years. It’s all the pioneers that changed the industry and are still contributing to the DJ culture. To name some: Craze, Jazzy Jeff, Z-trip, BeatJunkies, Q-Bert, X-Ecutioners, but also DJs that took it to a newer level like DJ Fly, Netik, Four Color Zack, Chris Villa, etc. Long live the creative DJs! 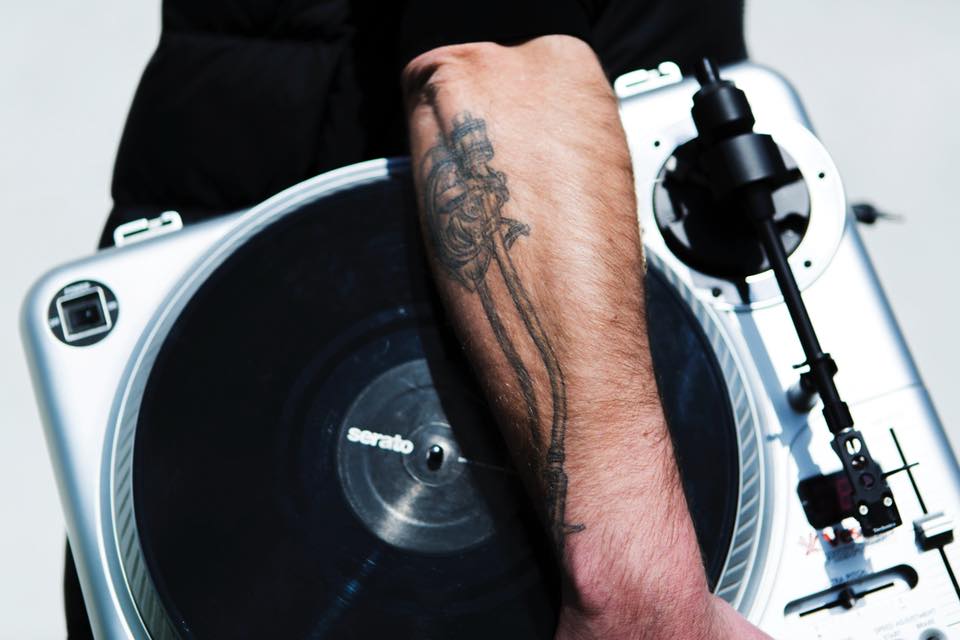 How did you enjoy your time in Bucharest?

I really love Bucharest. I’ve been here so many times thanks to my friends Bogdan a.k.a Brugner & Andrei a.k.a DJ DOX. The people are lovely and very nice to work with, and the hospitality is great. I also love the city. It is a very interesting place and has a lot of beautiful spots. It is always a pleasure to come here; plus you guys surprise me all the time. To give an example, Bucharest has a super dope, up to date equipment shop like DjSuperStore!

What’s your take on the DJing industry – both hip-hop and electronic music scene – as an overall, looking at what’s happening nowadays all over the world?

Well, it goes two ways, but there’s a bright side.

First of all, there is still a lot of fake stuff going on; like the actors, wannabe’s, hipsters, clowns, basically everybody that puts out DJ in front of their name. That kind of ruins the art form, in a way that „normal” people don’t know what DJ-ing is all about anymore.

Second of all, there’s the evolution in terms of DJ equipment, there are new competitions like Redbull Thre3style or Goldie Awards where people can work with other gear like the MPC, so I can see how creativity is taking over a little bit.

There are kids playing on turntables doing some good and creative stuff. Plus, a lot of the old school DJs are still doing their own thing, but also exploring some of the new stuff.

People are going to notice the evolution. Serious promotors have started to open their eyes again and book quality artists (and not a person or celeb that has a lot of followers). It takes some time, but slowly things are starting to change worldwide. For instance, here in The Netherlands, people are still thinking that a good producer is the same as a good DJ…Haha.

So, as you have mentioned The Netherlands, what’s it like out there? Have people started to embrace DJing as a potential career that the small ones can start learning about from a fragile age?

There are schools where you can learn about music as a business too. From great insights about the industry to receiving guidance on your musical journey, but this is for musicians and artists in general, not only for DJs and producers.There are also many independent DJ Schools, but they all have their own programme and aren’t recognized by the government as being as official as normal schools.

I personally teach people who want to get to know a bit more about the art. I have my own clients I am working with. I do DJing seminars/workshop in schools, theatres or companies. That means talking about the culture, explaining certain technical things, talk about the business and of course do a lot of showcasing.

What is the most valuable thing that you have learned throughout all of these years?

I’ve learned many things, but if there is one thing I should advice other DJs is to just focus on their own circle/following/career. Don’t focus on what other DJs are doing, but on your own thing and everything will be alright.It sounds like a cliche, but I see so many DJs worrying more about others, or opinions, or are disappointed that they’re not a part of something. The world is built like that, so focus on yourself by being the best in what you do. There will always be opportunities in your career, so don’t sit back and wait, but rather choose to create your own opportunities and be on the move all the time.

I also learned that being all around is the key, always have fun and try everything that can help you become the best version of yourself. I do showcases, work with musicians, record, produce, teach, play to different kind of parties and so on. All these things are helping me to get better as a DJ. Furthermore, the more you do, the more you will also learn other stuff like the business side of music.

If you weren’t DJing, you would’ve probably been…

Haha..I don’t know, I’m doing this for such a long time.

I went to school to become an electrician, and I have worked as one when I was younger. I’m also passionate about history, so maybe I could’ve been a history teacher or something. It could be anything as long as I don’t have to sit still in an office..haha.

It depends on the vibe again, but most of the time it’s something around DJing. This goes from digging records, searching for songs, making mixes/edits, recording videos, teaching, testing DJ gear and so on.. That’s the nice thing about our profession, there’s so many things to do…I like all of it.

I also like „Star Wars”, so I collect some sort of Nerd stuff…haha.

That would be my studio, I guess. Or no, it depends on the mood that I have and what I want to do. I really like a lot of different cities and places, so it’s hard to tell what my exact favorite place is.

So hard to ask this from a DJ. I mean, there are so many good songs/tracks. I have many favorites in different genres, so I really can’t say.

Are you gonna return to Romania?

Oh, I definitely hope so. I really like Romania as a country and it’s always a pleasure to play here. We have to work on the bookings, but I think I will be back very soon to visit you guys and all the other people at the DJ SuperStore again!