[MEET THE DJ] FABE: the unstoppable artist who devotes boundless energy into his music

Not so long ago, while sitting at my office desk, with my headphones on, I heard a really groovy and quite powerful track; one that has immediately caught my attention. Shaped Like Kayla.I just started to dance and let the groove lead my moves. It is still one of my favorite tracks which I would definitely play at a gig if I were to be a DJ. Now, many of my friends kept on asking me why I don’t want to become a DJ.

This interview is by far one of the few that reminded me why I couldn’t possibly think of a better DJ set other than a written one. And this is it, my written DJ set, b2b one of my favorite artists. One of those upcoming stars of the European electronic music scene that will take the lead and change the sound as we know it. Do you want to know why? Precisely because you can feel the natural flow running through his vibes, those powerful kicks that make you wonder who the hell is this guy? Furthermore, his groovy sounds are impeccable and it makes him stand out. In a crowd full of DJs, I can imagine him, all calm and smiley, with a bag of salty nuts: Fabian Winkels aka FABE. 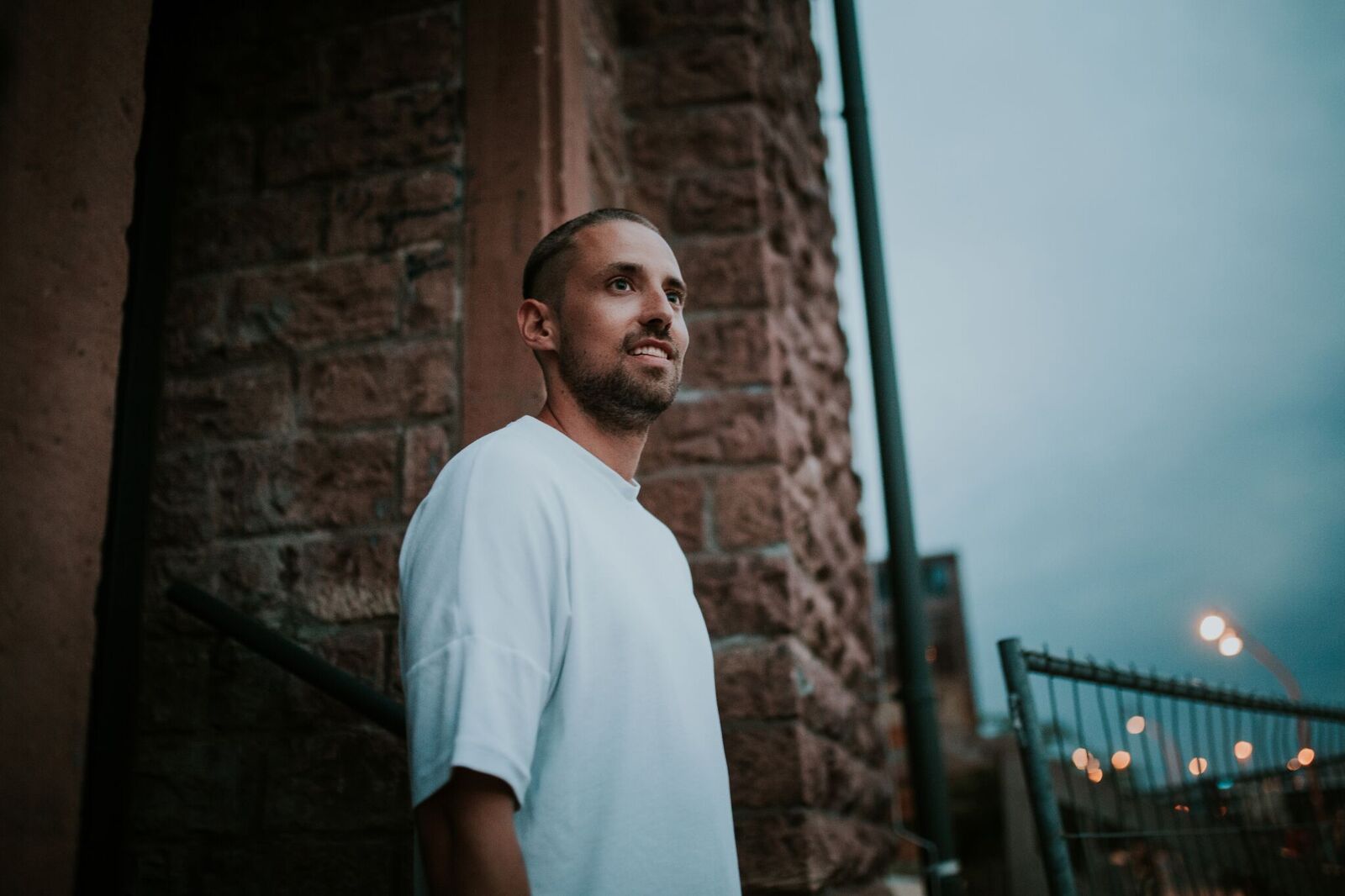 I haven’t yet had the chance to meet him in person, but we have definitely had a great vibe and shared some thoughts. I was all smiles when I read one of his answers ‘I never get influenced by hypes, just from music I like’. As I said, you can feel that from the very own first beats. Based in Mannheim, a resident of BE9 and founder of his own label Salty Nuts. He had described himself as being ‘100% Fabe right now. Back in the days, I did some artistic musical projects through an image that wasn’t either fictional or fully myself. But now, every performance and every track is just what describes me. I aim to bring my own style in front of the people. They should be able to get me and understand me without me even talking to them. This is all I think about when I do music’.

His unparalleled musical direction is piloted by the simplicity of putting together his musical influences in a composition of his own – a reinterpreted musical journey from when he was younger, listening to hip-hop or rap, to the perpetual pursuit of finding his own style: This all came very naturally. I think the music that I‘m into today isn‘t that far away from the rap music of the ’90s. And rap music from today is maybe more electronic than the music I do. Anyway, I had a connection to House/ techno music in my early 20s as I joined my first raves. And I fell in love with the energy and the way of sharing feelings with other people on the dancefloor. This was a totally different thing than all that stressful competition Stuff at hip-hop parties. Just having a good time with people and going crazy like this was new to me. And this brought me actually in the mood of making house or techno music.

What is your take on electronic music nowadays, in Europe? For instance, I am currently observing how in my country the minimal sound has taken over and it doesn’t seem to grow into any other direction in the past years.

Yes, true. I mean, Romania is known in the whole world for a very unique musical style and that might be the reason why it feels like there isn‘t really a musical change happening. Young producers or DJs are automatically inspired by what is happening around them. This is not a bad thing but when you consider music as art you should source your own thing out of it and built up your own musical signature. People are into different types of genres from country to country and to me this is very exciting. I‘m also interested in different genres and always try to be flexible. Cause I play music for the people. I never would play something I don‘t like but I can only feel comfortable in the club when the music reaches the crowd so it‘s important to play music in a way that people can grab it. For sure, in some places, hard techno is more hyped, like currently in Germany or in France & UK more micro house based stuff is getting hyped. But I never get influenced by hypes, just from music I like. And this can be different stuff. It just has to sound like good music to me 🙂 I need to feel it that‘s all and I guess this is the only thing people should follow.

I am really curious if there has ever been any moment when you felt like you wouldn’t want to do this or just had to take a break from everything.

Yes sure, I reached this moment several times. I mean I love what I‘m doing, and I can do what I love almost every day. But between all that traveling and partying there are moments when I feel lonely or guilty. When you leave the club, and you have partied hard and you have no time to sleep or you just did not sleep because cause there was no space while enjoying the moment, it sometimes comes to that moment asking yourself… fuck how to get focused and fresh for the next gig or the next week? How much have I damaged my body and stuff? I take all this very seriously, but I‘m also very good at enjoying life, music and Raves you know 🙂 and I‘m not really the chill kind of person. It‘s important to me to get back into the week early to get focused again on what I love and having the energy to keep myself fit. if l have the feeling this isn‘t possible anymore the mood can change, that‘s for sure 😃 in this situation it‘s important to have someone close around you. Getting support from a partner, friends or family. It helps a lot. 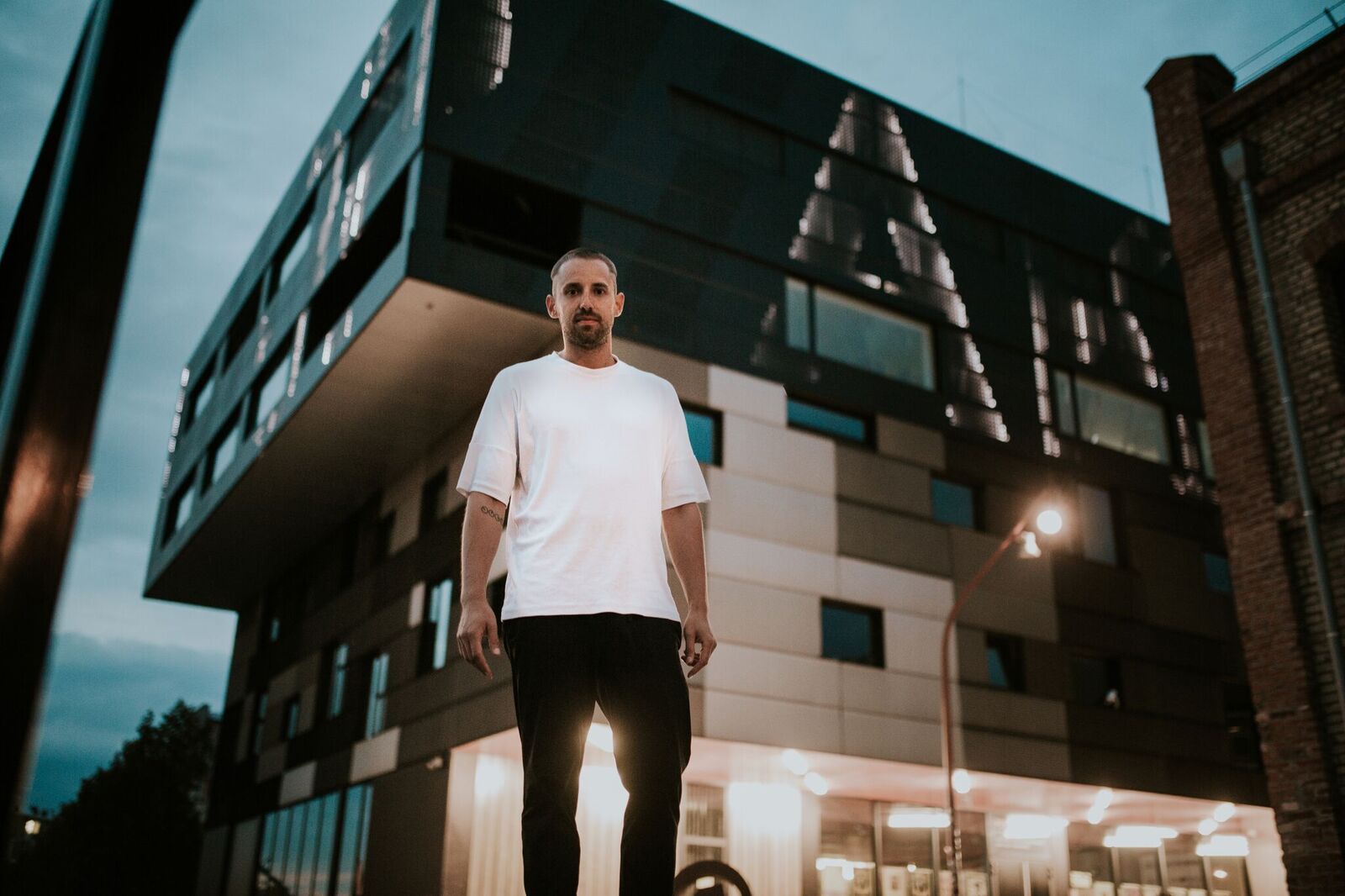 Now based in Mannheim, and traveling around to play for different gigs, with an incoming first solo double-EP in January and a huge landing at Caprices festival in April, I am really looking forward to see him grow even more. From that to being full-time focused on his music, I wanted to find out about his ambitions and if he is developing new interests and new objectives for the future: Actually, I don‘t think about this that much. There are so many beautiful places to discover and I‘m excited about every single journey. But for sure there are some remarkable events or places I got the chance to attend, like Sunwaves. It meant a lot to me to play there because I‘ve been there for the first time as a guest 5 years ago and it touched me from the first minute. Something about it was very inspiring for my creative process. Also, having the chance to head to Australia or South America makes me feel very grateful. It‘s crazy sometimes to think about the fact that this music that I do reaches people all over the world :).

What’s the one thing you wish you could do more?

I thought about this for minutes now but I‘m getting stuck here. There is nothing I really wish I could do more. I think about producing a pop Album with a singer. Doing something non-commercial that reaches commercial success. Or going back to my hip-hop roots. Being on the run, with spray cans or recording some rap lyrics. But this would be just for me. It‘s FUN.

I‘m not sure. There are always a couple of fears following me. Maybe I don‘t want to think about them at this moment 🙂

An artist you could listen to forever?

Falco. He is my hero. That song you like most of my Album „Hoch wie nie“ is a reinterpretation of his track of the ’80s and is definitely dedicated to him. Falco R.I.P

Single. You have to be one with your b2b. It‘s really hard to achieve.

3 DJs you would totally spend a week with on an estranged island.

DJ Premier would be the perfect fit to produce a rap album together. AraabMuzik to get more familiar with finger drumming. And the third one, probably one of my closest friends. I like traveling but I like the feeling of being home more.

I guess my DJ moves are compromised on the moves I do on the mixer. I was never that much into entertaining in the form of „arms in the air“ and stuff like this. But I do not Judge it. On the contrary… I try to feel comfortable with moves like this as well.

For the grand finale, what would you do if salty nuts would disappear from the Earth?

Would be not easy. I would have to look for another strong protein source.

FABE is the sound and spirit of the groove we all need, the salty-sweet artist that is slowly bringing back to the surface one of the most essential things that should represent an electronic music artist: pure passion.